I was scrambling to get a 90-minute ride late this afternoon. I left the office just in time to finish 90 minutes while it was still daylight, but alas it was not to be a full 90-minute ride.

When we ride in a group, we are not allowed to utter the 4-letter “F” word. Get your mind out of the gutter, I am talking about the word “FLAT.” Well, as luck would have it, I flatted today just as the sun was setting. I was too lazy to fix the tube; hence I called Binita who was in the shower. Eventually Rahul piked me up in his convertible Saab. Of course, the bike wouldn’t fit in the trunk. I removed both wheels, put them in the trunk and sat in the front seat with the bike. Fortunately it was short ride! Thanks Rahul. 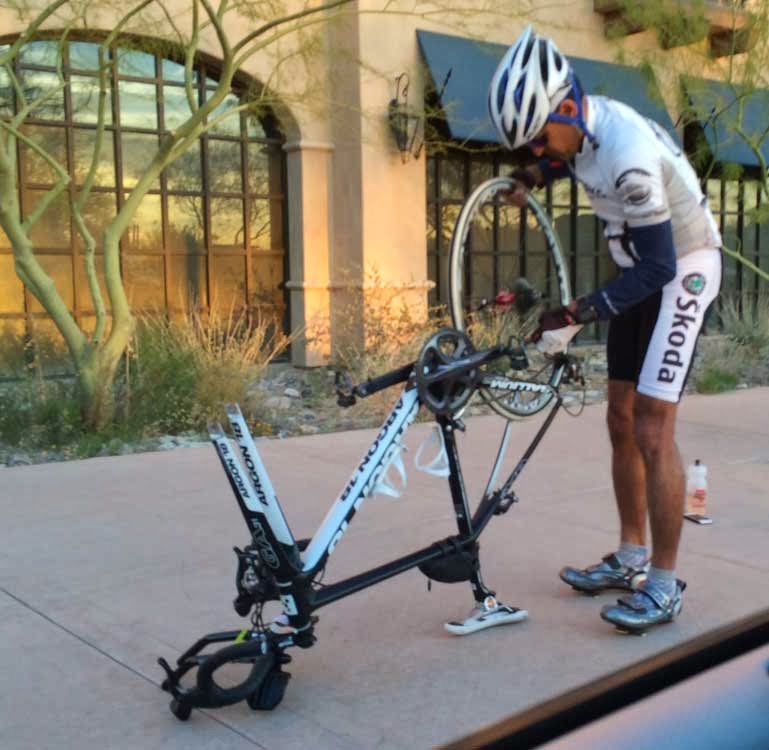 Rahul took this picture of me removing the rear wheel just before I put it in the trunk of his car.

We went for dinner with Don and Debbie at OSHA Thai this evening and found out that Debbie has a stark resemblance with George Washington. After Binita, Don and Debbie polished off two bottles of wine, the following picture resulted! 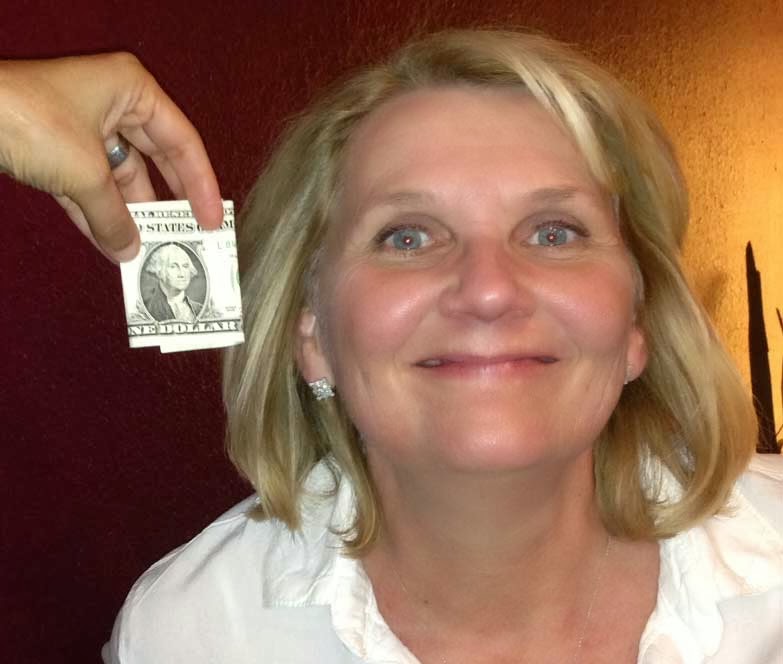 No comments yet
bike flat